UOttawa and I will run a high-school tournament on December 3. We will use an NAQT's 159-A set, modified into a Canadian edition.

Fees and discos:
$60 for a school's first team
$45 for other teams
-$10 for bringing working buzzers
-$5 for bringing staff

The tournament will take place at 10 AM in a building on the UOttawa downtown campus.

There is a nice QBWiki grid listing OQT winners of past years. To achieve your place on this grid, you should register teams by emailing me at [email protected].

On the same day, UToronto is running a tournament on the same questions.
Brendan McKendy
University of Ottawa 2011
Ontario QBA 2019
Top

Can we get a field update?
Nicholas Sunderland
Lisgar CI '15
Waterloo '20
Top 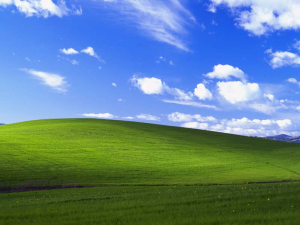 This went well. 6 teams, all Lisgar and Colonel By, basically all destroyed the IS-A set.

I want to speak up for two TD decisions I made.

1. I used clocks. Even though we didn't have enough scorekeepers, the rounds still averaged over 21 TUH, so the clocks enabled "more quizbowl." The clocks also nudged the players to talk a lot less during questions and between questions. Our rounds went by really fast, and I think part of that was because we used clocks.

2. I only guaranteed 7 rounds. I see high-school players getting super-fatigued during "full length" tournaments, so I set this at a short length and split to brackets instead of doubling the round-robin. I announced in advance that there'd be open scrimmage rounds after the tournament -- most of the "hardcore" players stayed for some of those, but everyone still left by 4:00pm. Most of the staff also had to leave instead of staying for scrimmages. I think a short schedule is often the right call for small or local tournaments.
Brendan McKendy
University of Ottawa 2011
Ontario QBA 2019
Top
Locked
4 posts • Page 1 of 1